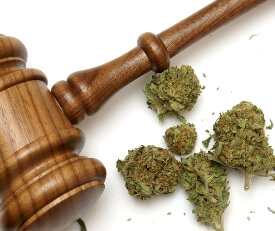 Colorado finds itself under the microscope since passing Amendment 64. Amendment 64 amended Colorado’s constitution outlining a statewide drug policy for marijuana. Enacted as Article 18, section 16 of the Colorado State Constitution, the law explains the personal use and regulation of marijuana for adults over 21. It also addresses the cultivation, manufacturing and sale of marijuana. Marijuana stores opened on January 1st, 2014 and a new industry was created. Since January 1st, 2014 over 37 stores have opened(1). Since inception, over $135 million dollars of tax revenue was generated and people are curious about how the tax windfall will be spent.

Many questions remain about how Colorado will handle the legalization of marijuana and the effects of drug legalization on the population.

Some of the common questions are:

There are no easy answers to these questions but the world is waiting for answers.

According to Colorado’s Joint Budget Committee, the tax revenues will be broken out accordingly:

The people of Colorado remain candid about marijuana legalization and the effects it might cause. Colorado has not created a new source for drugs by legalizing it, they effectively removed the black market sources that were supplying marijuana. They expect drug use increases to be rather small because there was never a supply shortage to begin with, Colorado just switched the suppliers. Marijuana has always been readily available and inexpensive prior to legalization. For decades, it has been easier for teenagers to get weed than buy alcohol.

The uncertainty remains how legalization will effect future use and abuse. Did removing the black market suppliers help or hinder Colorado? About 20% of Americans smoke pot. The real problems are alcoholism, pills and opiates. But again, does marijuana addiction open the door for further drug and alcohol exploration? Evidence has not been conclusive that cross addiction is enhanced by marijuana addiction. Older people often drink wine and smoke marijuana. The two go hand in hand.

With the new law in place, 21 or older can buy up to one ounce of marijuana with ID. Non residents may buy up to a quarter of an ounce. People may share the drugs but money is not allowed to exchange hands. Public smoking of marijuana is prohibited.

Colorado residents are allowed to grow up to six pot plants at home but it must be enclosed and secured.

Colorado drivers can be fined for driving under the influence of THC if they test positive for 5 nanograms.

Many questions still remain about how legalizing marijuana will effect us today and in the future. While this is a hotly contested subject, Colorado will be in a unique position to obtain, analyze and review vast amounts of data regarding the legalization of marijuana. Most people do not have enough information to make an informed decision but it is clear the Colorado will be ground zero for marijuana legalization across the United State of America. Everyone will be watching.