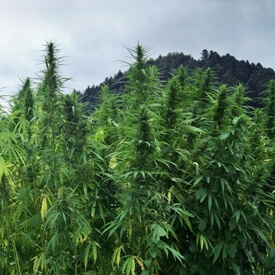 Research has found that people who begin smoking pot at a young age have lower dopamine levels than those who do not smoke at all. The research also concluded that long term marijuana use also reduces dopamine levels in the brain.

Lower dopamine levels have a direct effect on a persons level of ambition and motivation.

“Stoners” are typically lazy and lack ambition and motivation to succeed. Dopamine is linked to “reward” behavior and achieving goals is a natural trigger for dopamine release. Scientists at Imperial College and Kings College, in London have found that long term cannabis use prohibits dopamine production in almost all test cases. Amotivational syndrome was a common diagnosis. During the tests and users had experienced psychotic symptoms while smoking. A direct correlation was made between THC and dopamine levels. The test cases who had high level’s of THC had low levels of Dopamine and vice versa. The lowest dopamine levels were present in test cases who were classified as marijuana addicts due to the extensive level of pot abuse.

The test further concludes that drug addicts have an altered dopamine system. The same dopamine responses were present and consistent with marijuana users and those who are also hooked on cocaine and amphetamines.
The level of dopamine functions will dramatically decrease of stifle motivation and production behavior when high levels of THC were introduced to the test subjects. The positive data showed that when THC was removed from the body, dopamine levels returned to normal. In conjunction, psychotic episodes also decreased in correlation with reduced levels of THC.

Amotivational behvaior is linked to lower levels of dopamine.