Are sports and energy drinks a new type of gateway drug? 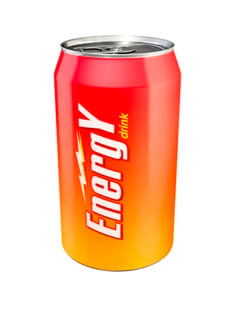 A new report by the Academy of Pediatrics, will surely upset the sport drink and energy drink industry.

The drinks, which are heavily marketed to kids, are being misused and might lead to other unhealthy habits. “There is a lot of confusion” said Marcie Beth Schneider, MD, FAAP, a member of the AAP Committee on Nutrition. “Some kids are drinking energy drinks – containing large amounts of caffeine – when their goal is simply to rehydrate after exercise. This means they are ingesting large amounts of caffeine and other stimulants, which can be dangerous.” she said.

Sports drinks and energy drinks are not the same products. Most people drink sports drinks to rehydrate after strenuous activity. The drinks which contain carbohydrates, minerals, electrolytes and flavoring, are intended to replace water and electrolytes. But most of these drinks have been found to be unnecessary on the field or in school. In fact, a lot of the flavoring and artificial sweeteners can cause children to lose focus and attention with the influx of a “sugar high.”

For most exercise, plain water is still the best thirst quencher and rehydrate. Most of the chemicals in sports drinks promote tooth decay, obesity and may lead to diabetes.

Recently, the Journal of Addiction Medicine, analyzed data from 22,000 students ranging in ages from 8-12 yrs old. They found that teens who drink high caffeine energy drinks such as Red Bull or Monster may be more likely to use alcohol, drugs and cigarettes, according to the study.(1)

The students, who consumed energy drinks, were more than two to three times more likely to say that they used alcohol, cigarettes and drugs than those who did not drink energy drinks. “Energy drink users also report heightened risk for substance abuse,” wrote Yvonne Terry-McElrath and colleagues at the University of Michigan’s Institute for Social Research.
They also urged wider recognition that “some groups may be particularly likely to consume energy drinks and to be substance users.”

While marijuana is considered by many to be a gateway drug, it might appear that the sports drink and energy drink industries are promoting new gateway drugs right under our very noses.