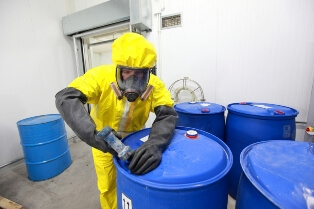 According to a report on CBS News, doctors are becoming overwhelmed with a new influx of drugs.

Some of the new drugs can go by the street names Eight Ballz, K2, Spice or WTF.

In 2012 the DEA seized a whopping 18 tons of synthetic drugs across the country, according to the report. The new drugs are made from chemical compounds and are legal to import.
These drugs are becoming readily available to all age groups and are accessible right at the counter.

“By the time the new drugs get on the radar and we can react, drug dealers are changing the chemical formula to make a new legal drug that is just as unsafe as it’s prior cousin,” said law enforcement officials.

From a treatment and addiction standpoint, the new unidentified drugs are posing a big challenge for drug detox and drug rehab facilities. Not knowing the exact chemical composition poses a serious health risk and challenge to successful drug treatment. In most cases, a lot of the patients are not even sure what drugs they are taking due to street names and chemical makeups that keep changing.