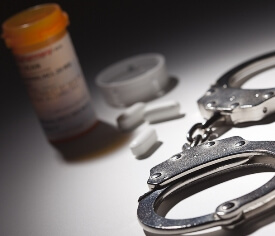 Americans are slowly changing with the times and over 67% of those recently polled elected to see drug offenders get drug rehab over jail time. This is a significant change in attitude over the war on drugs.

With the explosive growth of cocaine and heroin abuse, Americans see drug abuse as a serious and growing problem. The perceptions are changing and most people are seeing  drug addiction as a public health issue rather than a crime that deserves incarceration.

States are beginning to ease penalties for drug possession and drug related crimes. Most are moving away from mandatory sentences for non-violent drug crimes. 63% of  those polled felt this was a move the right direction. Back in 2001 there was opposition to such change. From 2009 to 2013, 40 states took action to loosen drug laws and drug related crimes. For an example, see The Smarter Sentencing Act

The census of 1,821 adults felt that marijuana will eventually be legal nationwide. They also viewed marijuana to be less harmful than alcohol. The polling census also felt that people who were caught with small amounts of pot did not deserve jail time.

However, Americans are still greatly concerned over marijuana legalization and the effects on underage people experimenting with drugs. 54% felt legalizing marijuana would cause more people to try it. 63% felt uncomfortable with people using the drug in public.

The poll shows the ever changing drug policy landscape. Drug addicts should not be discriminated, rather they should be treated by doctors and medical experts. Incarciration has little effect on drug addicts.

The American population continues to realize that drug addiction is a disease and not a crime. It needs to be treated as such. Americans are beginning to perceive that addiction is a public health issue rather than a law enforcement issue.